Out of the flames new games zones to be born

We post this message of solidarity for our colleagues and comrades at Delta Force Muchea in Perth and all of the local residents in the wake of recent bush fires in the area.

Hundreds of hectares were destroyed by the large bushfire burning out of control near Muchea this week.

The fire moved very quickly, with flames higher than rooftops as it moved about 1000 metres an hour in a south-westerly direction.

The Department of Fire and Emergency Services said the spot fires started up to 500 metres ahead of the blaze, making it very difficult to fight.

As a result of these fires our centre was badly affected and we have lost a number of game zones but thanks to the dedication of our staff, and the hard working rural fire service, the emergency was quickly brought under control. 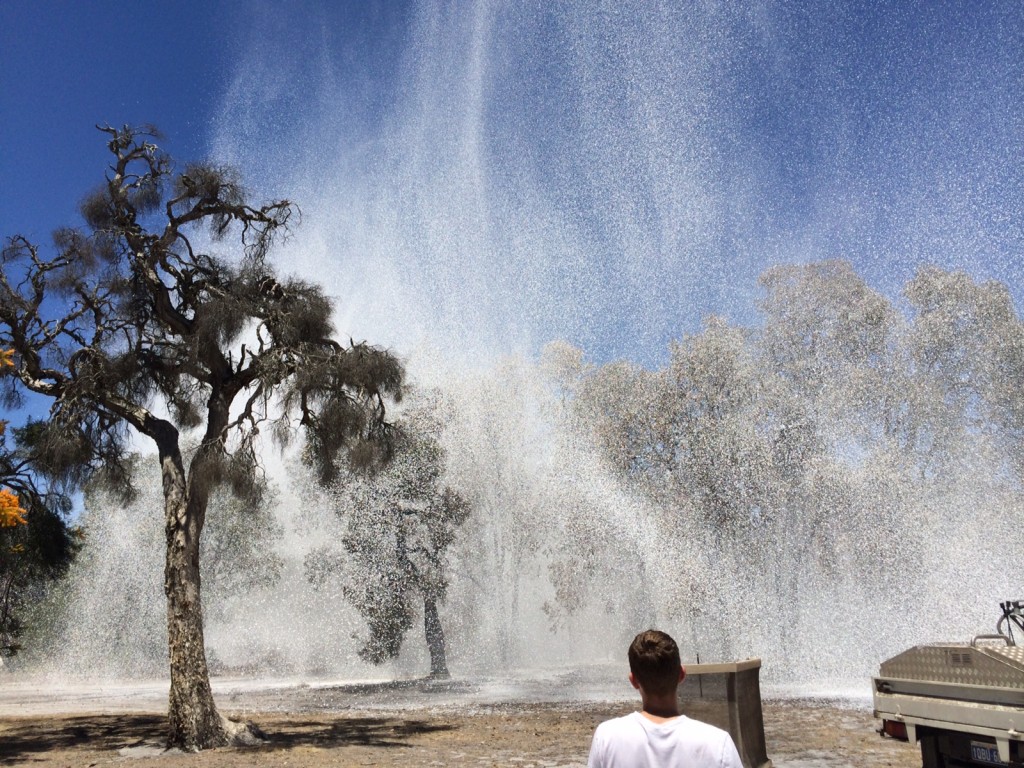 As these photos show, air strikes were called in the form of water bombing when spot fires reignited a couple of days later. Our valiant staff were forced into action once more until the sound of aircraft heralded the rain storm seen in these shots that extinguished the flare up for good.

The great news is, we’ll be open for business this weekend!

The centre is safe and secure – stay tuned for news of the exciting redevelopments that are in store at Delta Force Paintball Muchea. 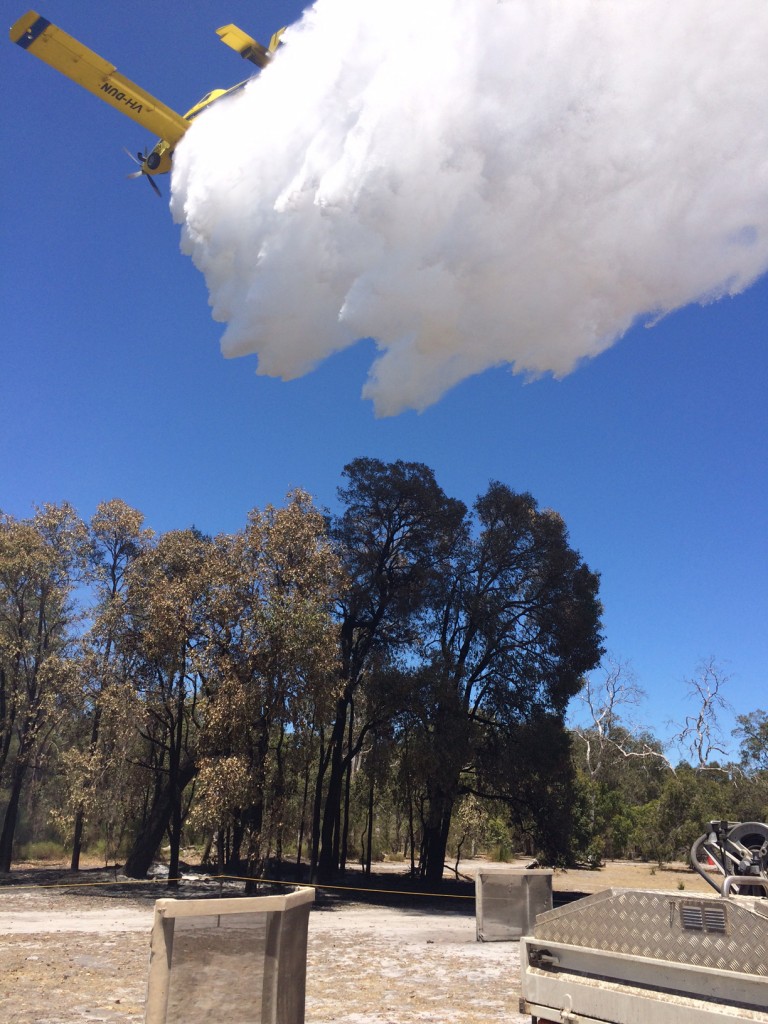